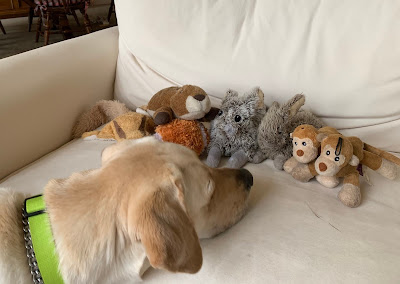 Penny Lane asked that this week be minor surgery week for her chewy animals.  I am happy to report the following successful mending jobs: 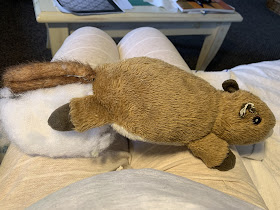 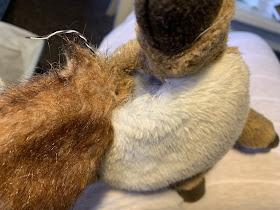 Mr. Beaver:  Extensive re-stuffing and partial tail reattachment.  He has only one ear left and a little trimming of ear rough edges was done, where needed.  Penny said Mr. Beaver was just fine as he is, because he doesn't hear.  Plus, truthfully, she might get rid of the remaining ear too. 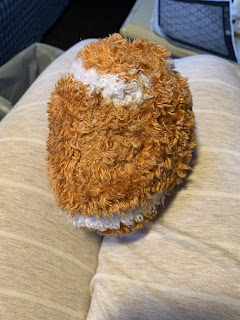 Football:  Re-stuffed and reinforced the seams where needed. Ready for playing catch while watching football with us.   Appreciated by Penny Lane very much! 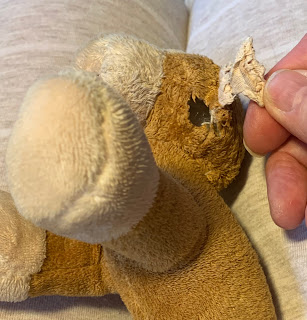 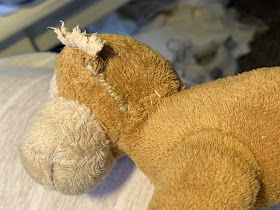 Monkey Toy 1:  Extensive re-stuffing and facial reconstruction surgery.  Surgery was successful with 12 stitches.  Ears are both half removed, and I trimmed them as needed.  We reexamined a previous surgery that had been made to repair his tail and we were pleased to see, even though the stitching was rather crude, it was holding up well. 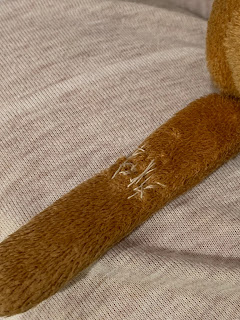 Penny Lane was happy to see that a caudectomy (partial or full tail removal) had been avoided. 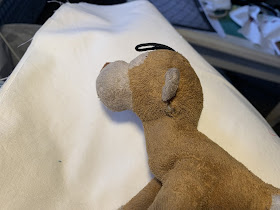 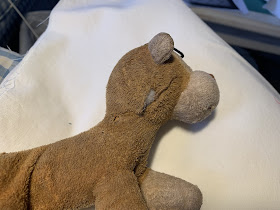 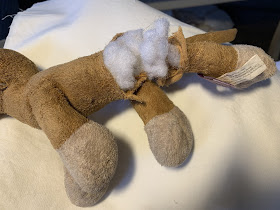 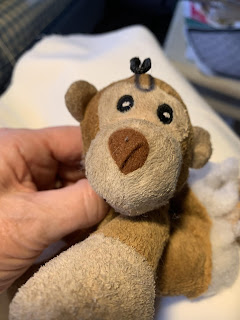 Monkey Toy 2:  Neck injury below both ears, and severe loss of stuffing in left hip area.  He might need a fabric graft.  After extensive surgery, he is in recovery, and amazingly, no grafting was necessary.  Due to the severity if his injuries, otoplasty (cosmetic surgery to align the ears) was not attempted at this time. Penny Lane thinks she may possibly chew both ears off so the defect is not noticeable. 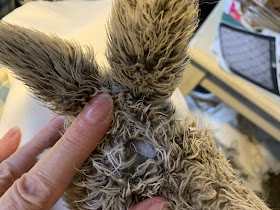 Small Rabbit Toy:  Minor surgery, only one small hole behind the ears.  Re-stuffing and closure with minimum stitches required. 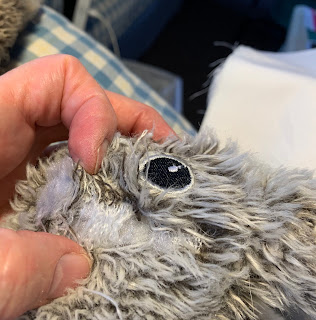 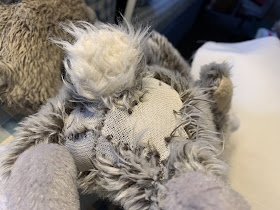 We noted there was extensive hair loss in the rump area, but Penny Lane said no repair was needed at this time.  She will work on it and another repair may be needed at a later date. 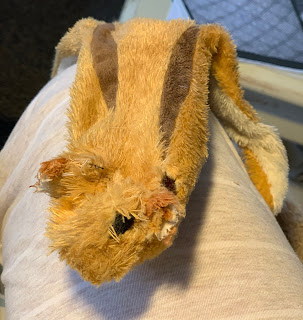 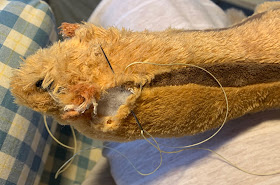 Chipmunk Toy:  Acute damage!  This is the only chipmunk that Penny Lane has ever been able to catch and she is very fond of him.   He was extremely thin and required almost three cups of stuffing to bring him back to his former self.  His ears are mostly gone, as is one eye, but Penny says, “Better than he deserves”. After extensive re-stuffing, the hole by the ear was stitched shut and he is back with Penny.

Notice how concerned Penny Lane is as she watches all the surgery: 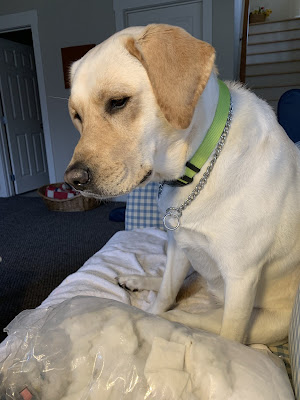 You are invited to the Inlinkz link party!

I am always searching for new ideas and your feedback helps me learn how to do things better. Thanks for stopping by!