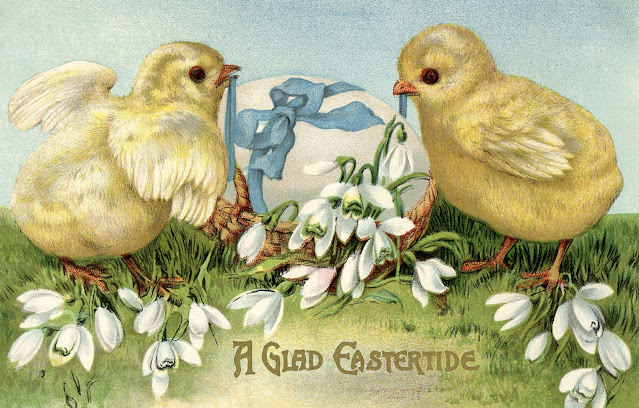 This season of my life (I’m turning 78 this month) is teaching me what bitter sweet means.  While I feel life is deeper, sweeter, and more tender than when I was younger; it also is a season where I grieve good friends who die suddenly.   This is one of those grieving times.  Last week I lost a dear quilter friend who was part of the Churn Dashers of Tidewater Virginia group.  Her kindness to me has been an example of how to be a friend and she will always be remembered with love.

The Drunkard’s Path quilt top is finally sewn together, and I am debating adding a white border to it.  It is 60 inches square now....Maybe adding a 5 inch border on all sides.  What do you think?  It will be lap quilt size, either way.  See below two pictures of vintage quilts, commonly seen with and without a border. 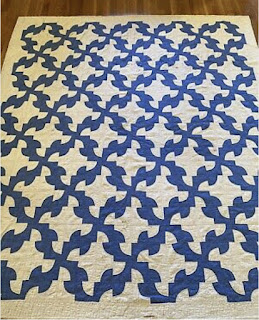 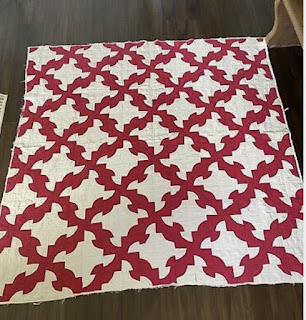 As I was making the Drunkard’s Path blocks, I remembered a story about my father that I thought you would enjoy.

My Dad became a Christian while on an army ship, traveling to Europe to fight as a soldier in WWII.  After he was wounded, he returned home, went to college on the GI Bill, and later became a pastor and also a school teacher.

When he came home from WWII, with his new faith, he was earnestly against drinking.  I remember that he took Life Magazine (a popular magazine in the 1950s) and cut out every page advertising drinking in the issue.  He taped them all together and rolled the paper into a scroll.  He spoke at schools and churches for a temperance organization.  This was in early 1950s and I was 7 or 8 at the time and my brother, Jerry, was 2 years older than me.  He would have us stand on the stage and dramatically unroll the scroll of liquor advertisements - Jerry at one side of the stage and Judy at the other side, holding the long scroll between us.  Then he would begin his talk about how all these advertisements in just one issue on a popular magazine was so bad.  It made a big impression on me as a little girl.

What is on your design wall this Monday?  It seems like we are all getting a lot of UFOs finished during this pandemic, which is comforting during the sorrow going on.  If you join in, be sure to mention Design Wall Mondays and how much fun we have seeing the linkups each week.  Also a link to this post from somewhere within your blog post is necessary.  Thank you so much.

You are invited to the Inlinkz link party!

Oh Judy, so sorry for your loss. I like your dad story, and the 2 quilts. I like best the one with border.
Happy birthday soon ;)

About your Drunkard's Path, I like the one with the border best. Can't wait to see yours finished.

great story and I am sorry about your quilting friend. I think the drunkard's path block can certainly stand on it's own.

Thanks for sharing the story about your dad, sounds like a man with deep values. I'd add the border to the drunkards path, I think a frame would look nice. Nothing to post today but I will next week. Happy stitching!

I am sorry about the loss of your friend. I am rarely organized enough on Mondays to post, but I enjoy your Monday design wall postings so much. I love the story about your father. Maine was the first state to prohibit the sale and distribution of alcohol in 1851. I know Maine sells a lot of alcohol now so just for fun I looked up alcohol sales per capita and found that we are the 6th highest in sales. One might think it was because of our long cold winters, but according to the site I went to, we are just behind Hawaii! Happy Birthday Month!

I'm sorry to hear about your quilting friend. It's so nice to make connections with people, but it's so hard when those connections are broken.

I like the quilt both ways, but I'm partial to a darker binding over the white. I feel like it frames the quilt a bit better, seems more definitive.

sorry you have a lost a friend that is always a sad time. The drunkards path pattern is in my line up of quilts to make - I love the story of your dad! Between tv and ads in magazines and papers I think that is one thing that helped cigarettes along

So sorry about the loss of your friend... This kind of news just hurts.!
I do love the story about your Dad - what a great visual - he sounds like a great man!!

My condolences on the loss of your friend. As we all get older this becomes a more common event.

I find your story to be so interesting. Certain quilts and certain patterns definitely bring up memories for us quilters. And Happy Birthday Month!!

I am sorry about your loss.
That was such a sweet story. I have no interest in drinking but the Drunkards Path has so many possibilities. I like your classic blocks. Have a great week.

So sorry for the loss of your dear quilting friend - you are so right - the loss of friends is the bitter part of growing older. I would go for the border on your top -- but then, I'm a border kinda girl!

Please accept my condolences on your dear friend. Thank you for sharing your stor and pretty quilts. Thank you so much for hosting the link party.

My condolences , I have a few years to go to catch up with you, but I so understand that life is getting sweeter. I think we just understand its value better.
Thank you so much for hosting the link party.

At 82, I appreciate your feelings about losing friends. I lost a precious cousin this year to Alzheimer’s and Covid. She was a good, good friend and I miss her every day. I remember Mother telling me when she turned 80 to make younger friends! She was losing hers then. I have never really liked the Drunkard’s Path block.....I think I don’t care much for curves in quilt blocks. But these two are very nice and I had not realized the temperance connection. Thanks.

Hi Judy, I'm so sorry to hear about your friend's sudden death. It just seems to be more a part of our lives as we grow older. I remember my grandmother saying that the worst part of growing old was loosing those friends. As for the drunkard's path, I like the small border best. So, did you father's talks affect how you thought about alcohol when you grew up? Take care of yourself.

So sorry to hear of the loss of your friend. May you have good memories of her in your projects. I like the story about your dad and it makes me wonder - do you drink or did his opinion on temperance extend to you too?